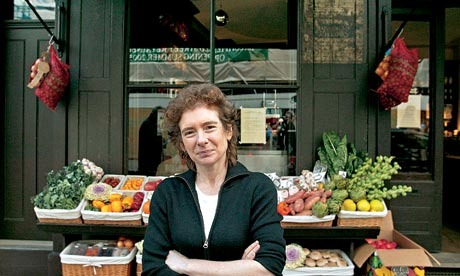 Lovely article by Jeanette Winterson that I came upon in the Observer mag that was sitting on the coffee table at our friends’ house in Cork, Ireland. It’s very timely as Winterson conveys so much of what we’ve been thinking about for the past few months on our journey and we are taking the advice at the end of the article to heart!

For the past two weeks we’ve been working on an organic farm in Kuşadası – it’s a summer resort town on the Aegean coast of Turkey close to Izmir. Yerlim farm is the largest organic farm in Turkey, and in part supplies Değirmen Restaurant which is on the grounds of the farm. We’ve been helping and observing the team with their daily tasks, like picking tomatoes and eggplant or collecting mulberries. The team consisted of small groups of mostly teenaged girls led by an older (usually male) foreman. One of the most frustrating things was the language barrier, seeing as we didn’t know any Turkish and nobody really speaks English. So it was really difficult to ask anything beyond rudimentary questions and just straight observation.

At the same time, it gave us an opportunity to learn some Turkish, more than we had been since we had mostly been spending time with English speakers. And it gave us (and the farm team) endless hours of amusement, as we often tried to pantomime what we wanted to communicate. Best of all, our names were “Crazy” and “Wine” – at least that’s how it came out whenever anyone was trying to get our attention. “Crazy! Gel!” meaning “Tracie! Come!” What’s even more hilarious is that it was usually a teenaged girl saying it. And whenever they wanted to talk about me amongst themselves my nickname was apparently was “japon”. Probably meaning “that asian chick who says she’s american”. Mehmet, one of the farmhands, would randomly shout across the field: “Wine!” to get Wayne’s attention. I’d snicker but no one else got the joke.

Did Wayne just kill someone? Oh wait we were picking mulberries.

We accepted our new names and tried to learn as many Turkish words as possible in the meantime. (Please don’t ask us to conjugate any verbs.) We had probably the most crappy dictionary for doing farmwork seeing as our dictionary was actually a phrasebook geared towards tourists. At least Turkish is relatively straightforward to pronounce once you know the rules, it’s very regular so at least we could sound it out from the phrasebook. We also used lots of hand and body gesturing to get our point across, and luckily one of the interns spoke enough rudimentary English that she was able to help us figure out more words. The teenaged girls were a bit more mischievous, as they’d try to get us to call each other names or tell each other to shut up when we had no idea what we were saying. We wised up pretty fast and turned the tables by telling them to “sus”! “Shut up”! (can anyone tell us what “çani başi” means? I think that’s how it’s spelled, and means “how are you?”. and apparently the reply is “başim tu çani”. please correct us if we are wrong!) 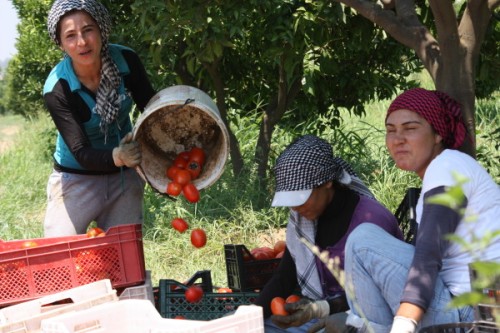 The girls at work.

One of my favorite Turkish phrases is “çok güzel”. It literally means “very beautiful”, but Turks say it all. the. time. Once we learned the phrase I could hear people saying it across a restaurant, on the beach, on the dolmuş, basically everywhere. It seems like you can use it to describe the taste of something, the beauty of a place, the weather, a girl (not boys though!!), an experience. And often a hand gesture consisting of putting your fingers pointing upwards, with your palm facing you, and your thumb touching your forefinger, accompanies the phrase. I think it’s the earnestness with which it’s said that really appeals to me. çok güzel! We even surprised other Turks with the amount of Turkish we had picked up. Last night we were trying to get back into the center of Kuşadası to move on to Selçuk but the dolmuşes kept passing us by because they were full. So just for kicks we put our thumb to hitchhike. And a car actually stopped! Three Turkish college students were super nice and gave us a ride into town. And as we were chatting and telling them about our experiences, we listed off a whole bunch of Turkish words for various fruits and vegetables and describing what the farm was like. (“çok sıcak” – “too hot” – was an all encompassing phrase.) They were like, “uh, wow you know a lot of random words in Turkish. And by the way why did you want to be on a farm??” More about that next time. 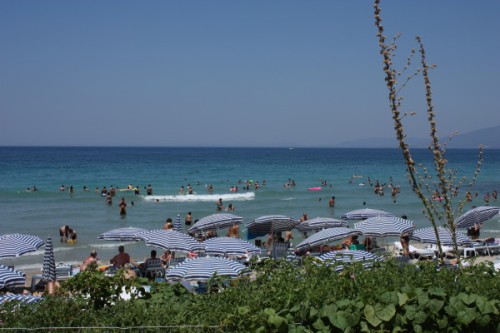 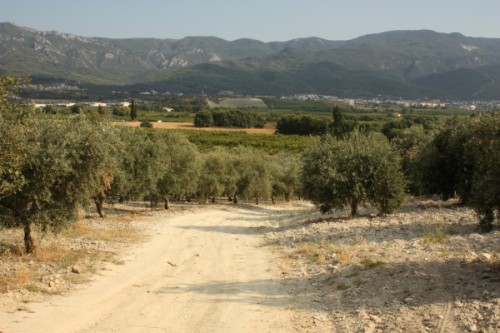